A new breed of people is in business not for the glory, the glamour or the greenbacks. They are in it to lead a life where time is the most valuable currency

WALK THE TALK: Arun Pai started Bangalore Walks for those who want to learn more about the city. The ‘Walks’ cost Rs 495 with breakfast and Rs 395 without

I want to start a business with no business plan, scalability model or exit strategy.” When a former venture capitalist makes a statement like that, you have to sit up and take note. What kind of business is that? IIM Bangalore graduate Arun Pai pondered about his idea deeply before coming up with ‘Bangalore Walks’ (www.bangalorewalks.com).

Modelled on the famous ‘London Walks’, the concept is simple. “We conduct heritage walks, nature walks, explorations, cultural experiences and other specialised tours,” says Pai. “This is not about foreign tourists — most of our customers are smart value-conscious Indians who have this unfulfilled urge to learn more about their own city.” In less than a year, ‘Bangalore Walks’ has gone the distance from a fun way for locals to explore their city to an attraction for visiting CEOs, United Nations delegates and fellows of MIT-Sloan B-school.

A typical entrepreneur would be planning a foray into other cities. Plotting how to grow the company by X per cent and employ Y number of people. But Pai has a different perspective. “There are several opportunities to start the concept in other cities. But the way I look at it: Rather than wasting our energies in two cities, can’t we get people to visit Bangalore just to experience what we do? And promote Bangalore as a great destination for the events we conduct here, and not the other way around?”

CIRCLE OF LIFE: Rahul George’s many interests found appropriate expression in Join the Dots, a training company that uses theatre as a medium

Thirty-seven-year-old Pai belongs to a new breed of entrepreneurs with an alternative vision — the ‘alterpreneur’. They are people who go into business for lifestyle reasons, as an alternative to the regular corporate job. They see their business as an opportunity to have greater control over their lives and be ‘happier’. So, achieving a larger turnover or ‘expanding’ is not the core issue.

But is ‘alterpreneur’ just a cool word somebody has coined to describe that delicious thing all magazines love to write about — the ‘trend’? Is ‘Bangalore Walks’ just a one-off example of eccentricity, or an indication of things to come?

In the UK, micro businesses (which employ 0-4 people) account for 90 per cent of all firms and generate over £3 billion in revenues. A recent survey by More Than Business, a UK-based business insurance firm, found that 70 per cent of these business owners are not financially or career-motivated. They are essentially seeking a better ‘quality of life’. Fifty-nine per cent of those surveyed said they started a business to ‘gain more control over their lives’ and 54 per cent said they did it in order to ‘be happier’. A mere 23 per cent were on their own to ‘make lots of money’. An overwhelming majority was willing to trade off more wealth for better health, less stress and more time with family and friends.

What’s more, 70 per cent did not wish to grow their business significantly, and over half of the respondents admitted that they had no desire to employ more than 10 people. Agrees Pai, “Some businesses require scale to survive. But scaling is driven by investors as there is minimum absolute revenue required to make a company attractive enough to, say, list on a stock exchange. All decisions on the benefits of scaling never consider the impact it has on the entrepreneur’s time and mindshare.”

Pai has an alternative take on scaling. “If I spend, say, 20 hours a week chasing my dream, and it generates results of Rs X, how can I generate Rs 2X by investing just 10 hours and freeing up 10 hours? By forcing yourself to be efficient and attaching a value to your time, you come up with much smarter ways of growing your business within the lifestyle parameters you have defined.”

This is contrarian, and possibly blasphemous, from a businessman’s point of view. But the alterpreneur is not your typical businessman. The idea is to achieve a comfortable level of income with a restricted amount of input, leaving enough time for ‘other things’. The alterpreneur chooses a business that is also a bit of a personal mission. ‘Subz’ (short for Subra Maniun) is India’s first and only KJ or karaoke jockey (www.kjsubz.com). His business: to produce performance music shows for communities and corporate entities countrywide. “I like music, marketing and technology. There are so many people who are better musicians, better marketers and better technologists than me. But when it comes to the intersection of these skill sets, my competition is almost zilch.”

The IIT Kanpur graduate and former techie now runs a one man company, Performance Music Productions. The idea remains the same — to propagate karaoke as the most fun you can have with your clothes on! But to add to the experience, Subz has developed soundware (musical software content) and other showtime bells and whistles like interstitials, audiotext and live FX.

“And missions don’t need to be grandiose. All that matters is: did you bring out the best in you?” That certainly seems to be the motive for 29-year-old Rahul George who quit a client servicing position with Leo Burnett to set up Join The Dots, a training company that uses theatre as the training medium. “Join The Dots facilitates programmes in the area of communication skills, personality development and employee initiatives,” he says.

A few years in corporate life convinced Rahul that he was cut out to be a mentor rather than work within the confines of a nine-to-five job role. What’s more, he always wanted to be on stage. “I am passionate about theatre and have a background in psychology, counselling and advertising.” So, Join The Dots is where Rahul’s many interests find appropriate expression.

Fascinating, fun and all that jazz, but do these guys make enough money? All three stress that they have never been unduly concerned with their earnings. And that they make ‘enough’ and more. “I am of the belief that as long as I give of myself to the work that I do, it will transcend into appropriate gains, monetary and otherwise,” says Rahul, who charges a minimum of Rs 500 per participant.

It helps, of course, that all of these businesses can be ‘run’ on a home office and mobile connectivity basis. Little or no capital investment is required, which means all earnings count towards profit. What you’re ‘selling’ is your time and expertise. Not surprisingly, alterpreneurs jealously guard both. Constant R&D and planning work around priorities — rather than the other way round — is what makes them tick. Pai provides a simple example: “I am soccer crazy and I did nothing in June other than watch every minute of the World Cup. I am doing this without compromising on my work or family time. This freedom and control is the high that I pursue.”

The bottom line is that the alterpreneur will not blame work, business, family or a boss for not being able to do what he or she really wants to do. That is a luxury even the regular entrepreneur does not have, what with receivables, staff attrition, growth imperatives and other headaches that make ‘being your own boss’ more of a metaphorical term than an actual state of being.

So, if you really want to ‘do your own thing’, examine your motives. As Richard Branson once said: “A business has to be involving, it has to be fun, and it has to exercise your creative instincts.” But you don’t have to grow your business as big as Branson’s.

Alterpreneurship is an answer to the traditional mid-life crisis most corporate executives face today. In the UK, the majority of alterpreneurs were found to be in the 35-65 age group. India, which is now witnessing the senior-manager-at-30, CEO-at-35 culture, could soon be asking: what next?

Pai reflects: “I was quite a conformist through school, college and work life, and not a risk-taker at all. I happily spent the first seven years of my career in Arthur Andersen.” The dotcom boom in 1999 changed his world view. “Seeing the young entrepreneurs from India who were taking risks made me question what I was doing in a regular job.” But the VC culture, where one is forced to operate ‘high growth’ businesses, led him to opt out of that rat race as well.

“The way I see it is: there are many more closet alterpreneurs biding their time in jobs that they do not enjoy. They need a slight nudge to get out and chase their dreams. And seeing others doing it is surely a spur,” says Pai.

And if reading so far has spurred a few of you to raise a few questions, or brought back memories of distant dreams… hold that thought! Having your cake, eating it and not getting weighed down is not impossible. You just have to figure out the right recipe.

Call or email on 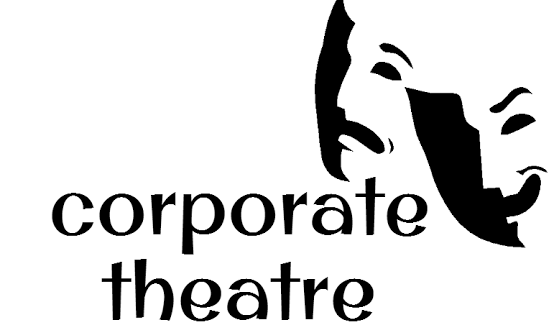